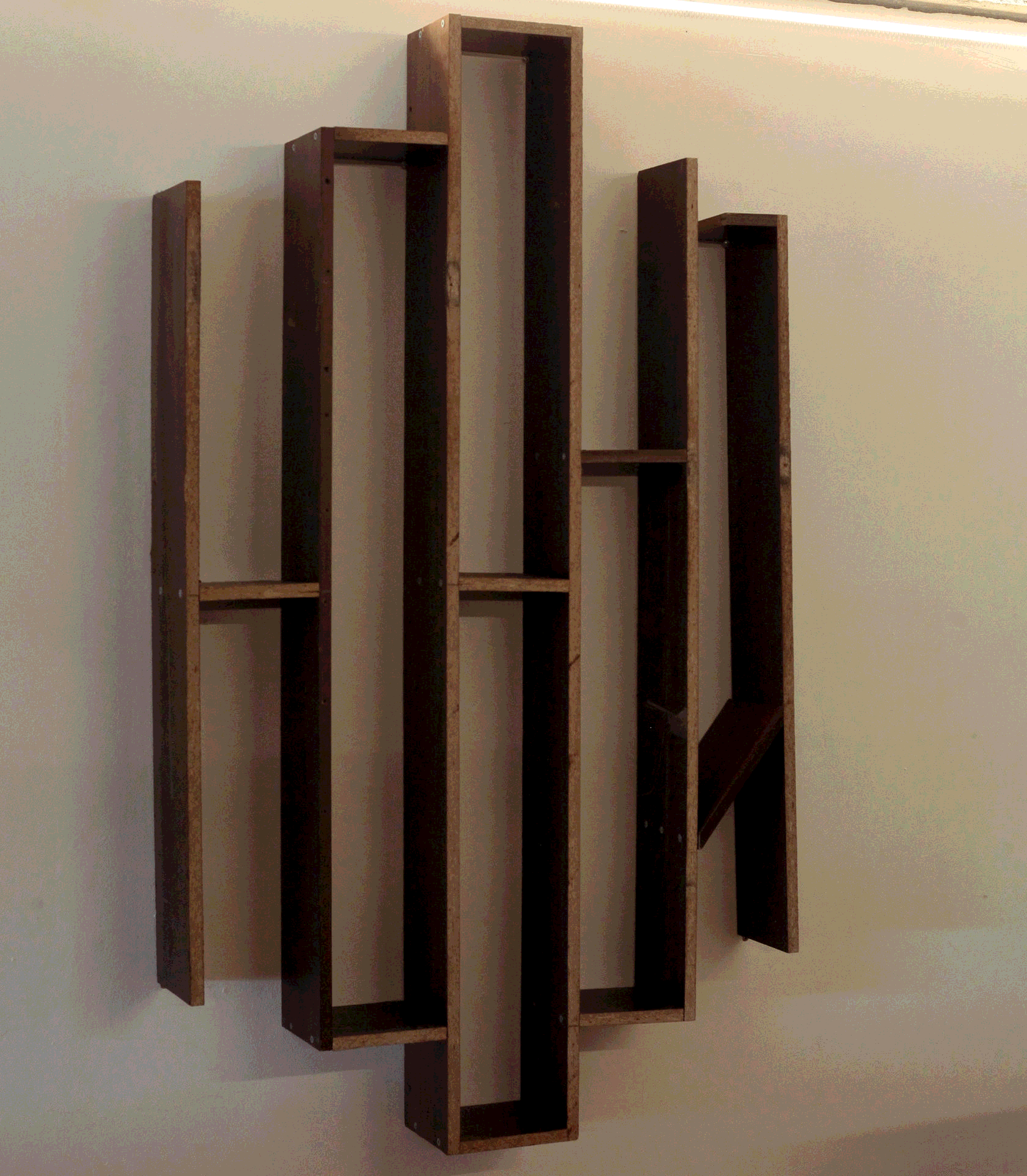 
JUNE 1 - AUGUST 31 2019
Arseniy Zhilyaev personal exhibition curated by Katerina Guseva "A few words about Cosmos" at Artpogost will show several new artworks – slogans-assemblages made of old Soviet furniture, created within the last five years.
The artworks reflect new vision of the author who combined interest to Marxian museology and studies of Russian cosmism aesthetics. The author's signature "shelves" were shown first at Garage museum in 2010 within the framework of the "Russian utopias" exhibition. The first work of the series – "Time is on communism side", a Soviet slogan of the end of 60's.

The continuation of the series followed after two years at Zhilyaev's personal exhibition "A museum of proletarian culture" at State Tretyakov Gallery. An assemblage "The art belongs to the whole people" was shown as a work of Ruben Beloglazov, a self-trained artist who crafted furniture, inspired by constructivism in design. It is common to see a link of these works with Soviet folk art. This is Zhilyaev's homage to the democratic bases of art, opened to anyone.

Taking into account the seemed transparency of author's initial creative urge, having communist slogans, stated by a fictional engineer as an outcome, is rather rare juncture. This can be logically explained: at the end of 60's and 70's the sense of Soviet propaganda became an abstraction, or at its best, special Soviet design.

Zhilyaev tries to balance on an edge without straightforward answers. The slogans are ambivalent in their meanings. "Time is on communism's side" can be got as an irony or as an expression of hope, so that even in the 2010's this statement can be relevant. It can be said that the project is dedicated to the degradation of the avant-garde constructivism, but it also can be explained as a trial of aesthetic archeology to take out the misfired future from a dusty design of a spark.

New artworks of the series, more laconic and, seemingly, directed to unknown cosmic spaces, cause many questions. For some viewers they might be full of retro-futuristic nostalgia, but Zhilyaev works with the history of arts in a programmed way, as with a substance for an imaginative interpretation. A man that introduces himself as "Head of the Institute of Invading the Time", with the main goal of space- time continuum optimization, can be hardly suspected in sentimentality. It would be more proper to talk about a special version of Russian futurism that is paradoxically understood as an "altruistic work on restitution of the past to the future". In some sense this is a continuation of Russian historical futurism strangeness: unlike the Italian one, is directed not to the sky, but under the ground, not to the future, but to the historical roots.

So we see the works that dispatch us also to Moscow conceptualism and to building of a new democratic culture nowadays. It looks like we found ourselves in the footnotes of times, where new, contemporary slogans are being built from the shatters of the past.

It is noticeable that assemblages from the exhibition "A few words about Cosmos", according to the author's assurance, will be the last works of the series. So can we consider that the "time optimization" is completed successfully, or, maybe the heritage of Ruben Beloglazov is exhausted and no new discoveries can be expected there? Zhilyaev doesn't give clear answers. But, keeping in mind the author's passion to Russian cosmism, we can assume that Beloglazov will be resuscitated sometime by the will of the Universal resuscitating museum. And if so, we will possibly hear his new words. Not about Cosmos only, but also about deathlessness and infinite communistic life.
ARTPOGOST LIBRARY

School groups must be booked in advance
Arseny Zhilyaev NOVIY VOSHOD 2019 @Artpogost
Arseniy Zhilyaev (born in Voronezh, 1984), artist, lives in Moscow and Venice. In his artworks refers to the heritage of Soviet museology and the aesthetics of Russian cosmism. Zhilyaev's works were shown at the biennale in Gwangju, Liverpool, Lyon and Ljubljana triennial art fests, and also at exhibitions of the Pompidou Center in Paris, at De Appel in Amsterdam, HKW in Berlin at Thyssen-Bornemisza Art Contemporary, Wien, at Kadist funds in Paris and San-Francisco, at V-A-C in Moscow and Venice, etc. Zhilyaev is an awardee of Russian art awards and nominee of an international Visible Award. Zhilyaev's works are presented in Tate (London), M HKA Museum (Antwerp), Tretyakov Gallery and Multimedia Art Museum (Moscow), Gazprombank collection, Kadist Art Foundation (San-Francisco, Paris), V-A-С Foundation (Moscow, Venice), Izolyatsia Foundation (Kiev), and plenty of private collections in Russia and abroad.
Ekaterina Guseva (born in Moscow, 1992) Critic, curator. Graduated from the curatorial studies program of the faculty of liberal arts and Sciences of St. Petersburg state University and Bard college (US). She curated the exhibition "Unmotivated refusal" (2016) in the Fund ABOUT ART, exhibition Lauren Hartman "Northern way" (2017 - 2018) in Moscow, St. Petersburg and Murmansk in collaboration with Arseniy Zhilyaev. Published in LJ. She worked as a Manager of external educational projects at the garage Museum of contemporary art, currently she is a tutor of the faculty of contemporary art of the Higher School of learning Environment. live in Moscow.
DEZO.SPACE LIVESET 2019 @Artpogost
Arseny Zhilyaev NOVIY VOSHOD 2019 @Artpogost 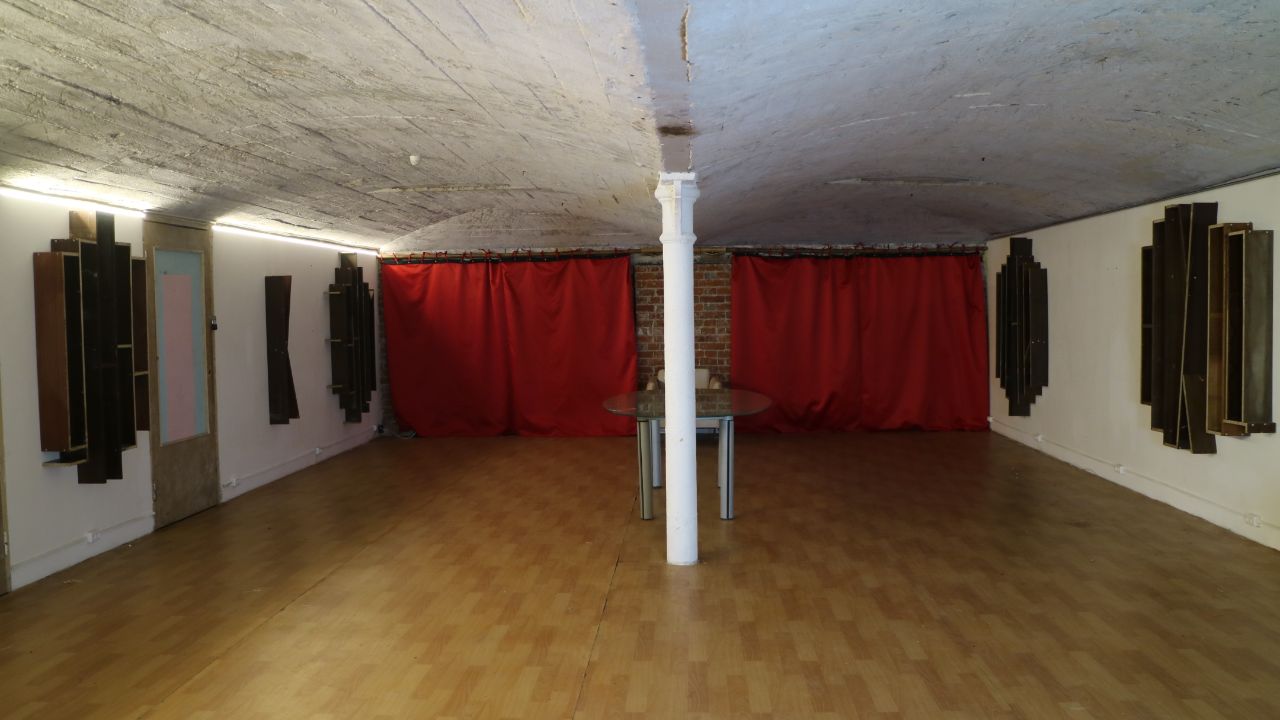