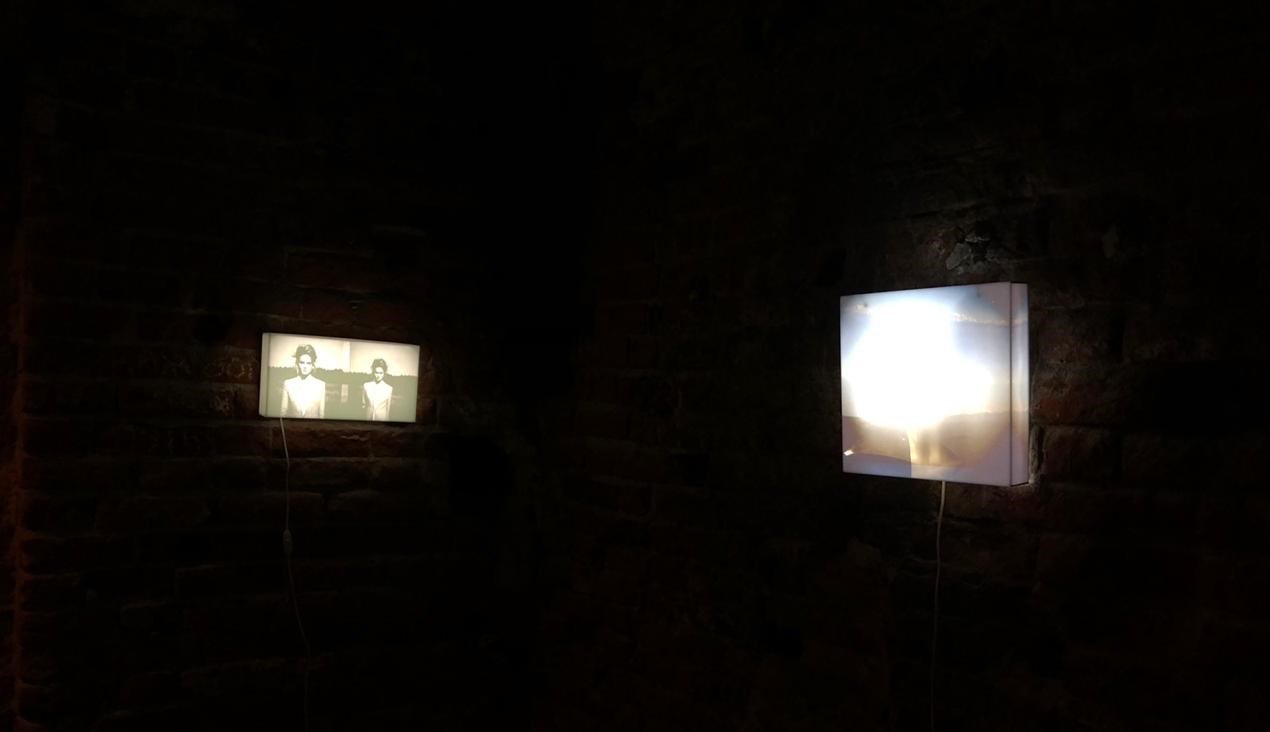 The exhibition consists of lightboxes and two photo prints on canvas. Dmitry's works need to be watched closely. From far away lightboxes look like ordinary luminous boxes, and approaching we begin to see the play of light and line. So, light is a magical element. The image lines in luminous photographs form a bizarre space-like pattern that can be viewed endlessly.

The central work of the exhibition is an image of a tree. The tree is a symbol of life, the world tree is a universal tree, uniting all spheres of the universe. Its branches correspond to the sky, the trunk to the earthly world, the roots to the underworld. So, a tree from Dmitry's work is also a unifying object of the entire exhibition and the author's world.

Dmitry's landscape photographs are very close to painting. Trees, clouds, mountains resemble landscapes of romanticism, abstract paintings or shots from films of Tarkovsky, which, as everyone knows, was inspired by the works of the great painters. Following Andreas Gursky, Dmitry breaks the stereotype that the camera should strongly reflect life as it is. Dmitry designs his images. His work with the film is like writing a picture, editing a painting. Thus, his photographs become a reflection of himself in this universe.

The artist does not like to talk about the sense of his works. He can tell when and where the picture was taken, how he processed the film, how he created a certain effect, but not no more than that. Each work is the viewer himself; it is the viewer's universe. What the viewer sees, what he/she thinks looking at the photograph, this is the artist's intention.