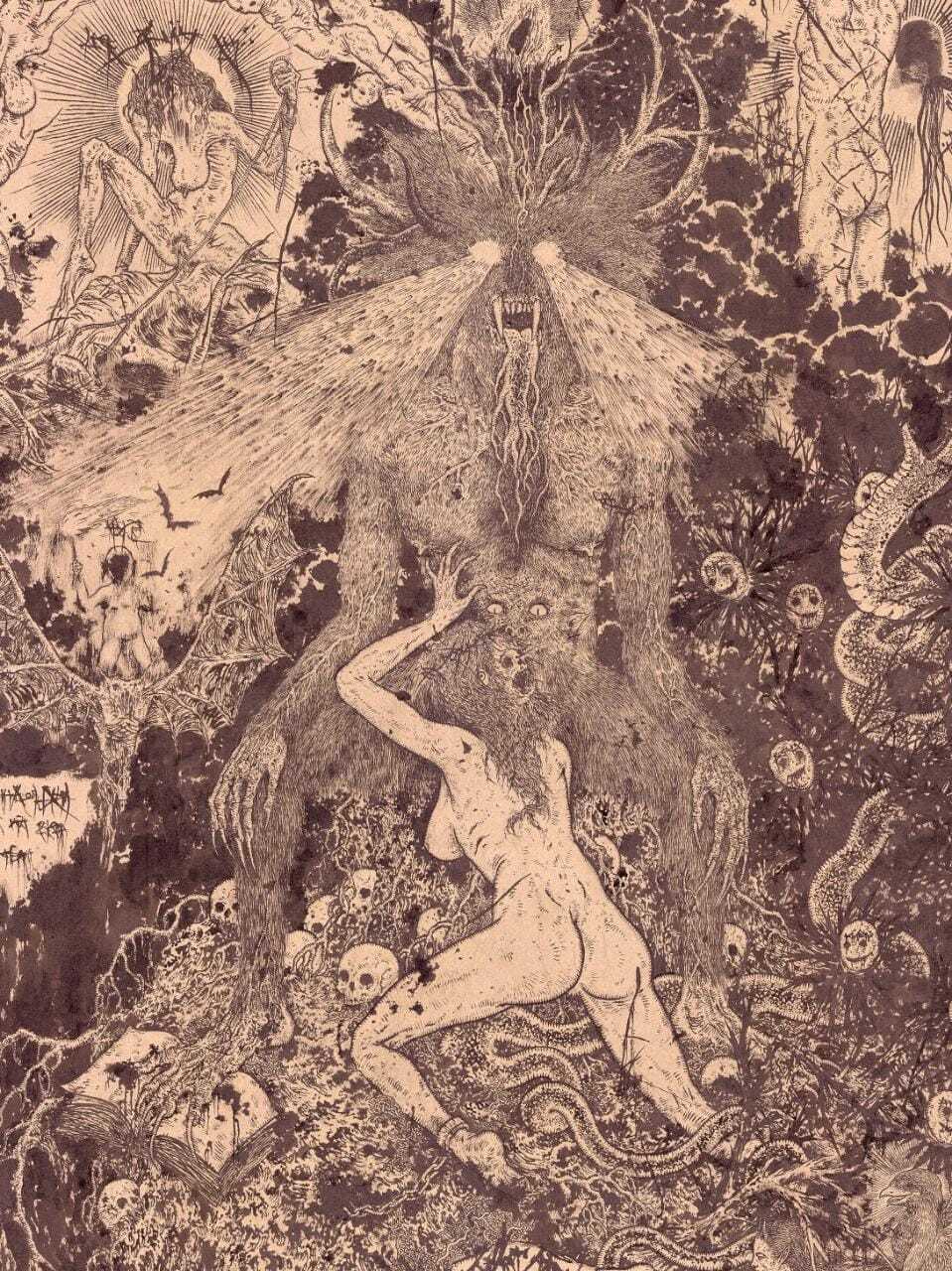 School groups must be booked in advance
Nestor Povarnin
Born in 1975 in the Irkutsk region, after his birth and to this day lives and works in Moscow. Graphic artist, in recent years also engaged in painting. Self-taught, developed his own original direction of creativity. Since 1999, he has developed his own style of graphics, devoting most of his life to it. In his work, without touching on social problems, without drawing from models he touches on human suffering, sensual relationships, creating for this a whimsical, authentic, fantastic world of images that sometimes echoes iconographic themes. medieval and modern European culture, then with the art of the Far East. Deliberately developed the ability to write hieroglyphs, the art of authentic calligraphy, using the learned qigong exercises


Roman Bagdasarov - historian, religious scholar, cultural critic, publicist - was born in 1967. He graduated from the Moscow State Historical and Archival Institute (now part of the RSUH) in 1992, then - postgraduate studies at the Institute of Ethnology and Anthropology of the Russian Academy of Sciences (1996).
He studied princely emblems, animal, geometric, and temple symbols. Author of books and fundamental works.
NESTOR POVARNIN "Ruling Satan" 2017 @ Artpogost
NESTOR POVARNIN 2021 @ Artpogost 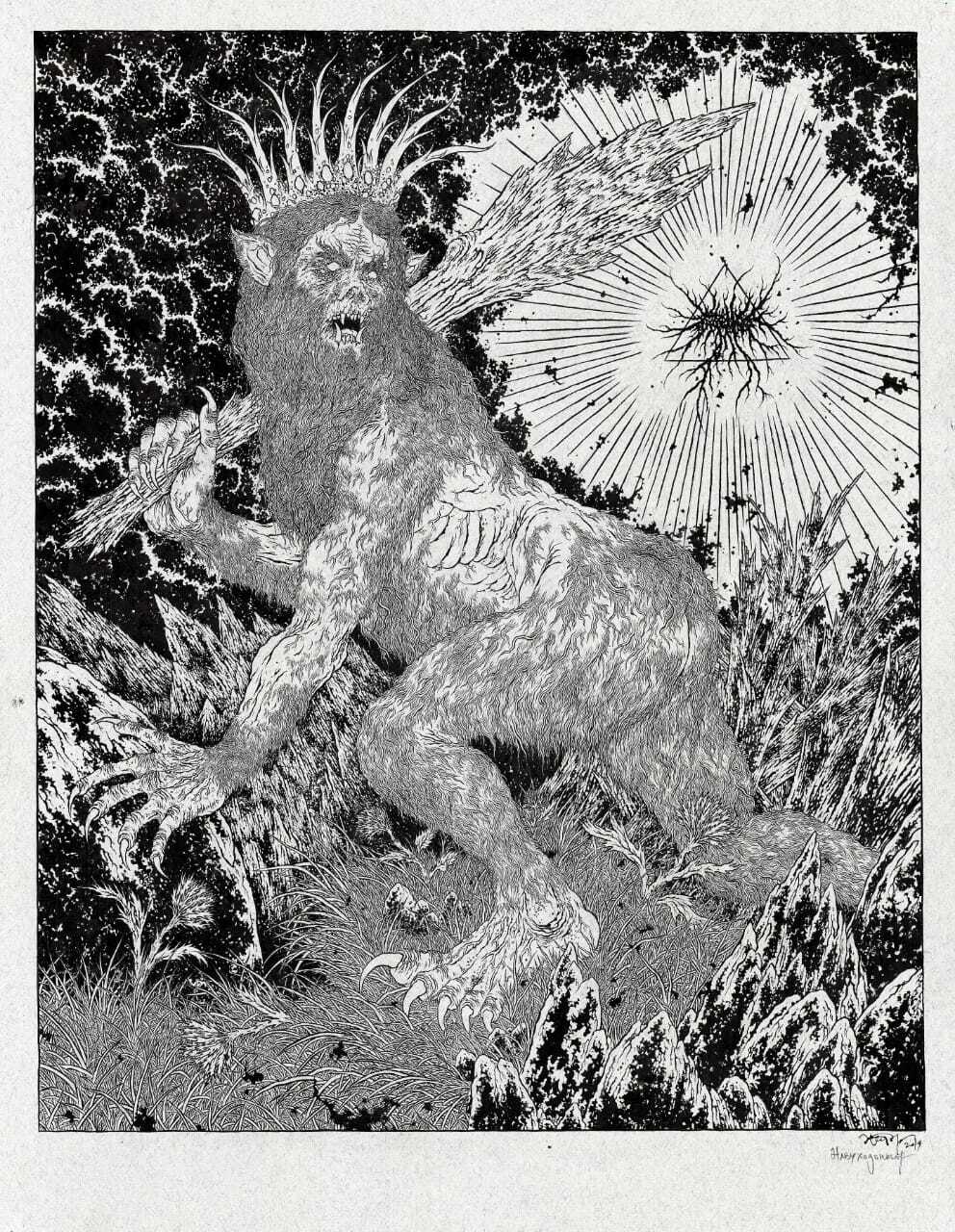 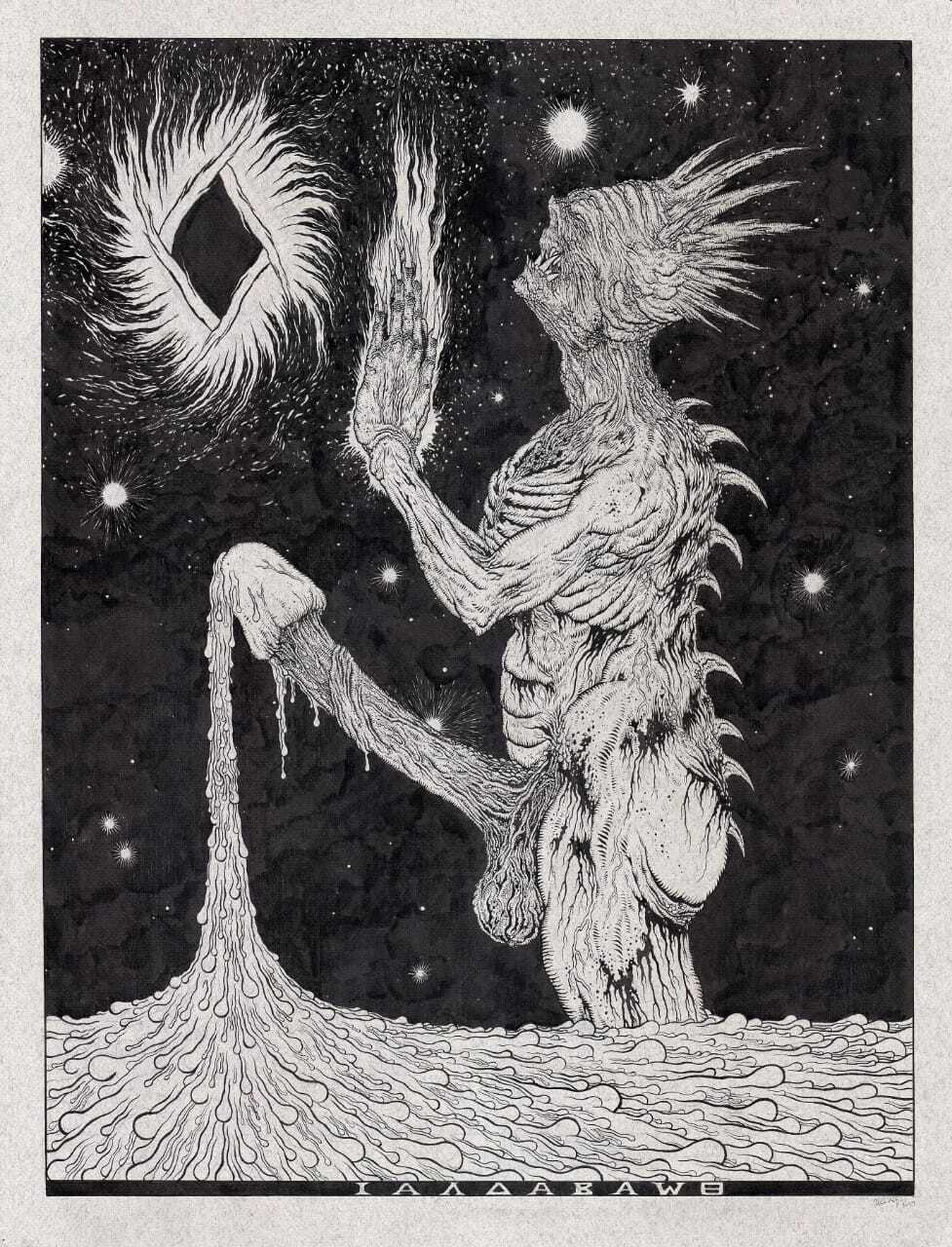 Modern man has lost the quality of continuity of tradition that regulated the religious life of the past. In this regard, Russian culture, which declares its loyalty to "traditional values" and moral "bonds", has found itself in a difficult position. After all, traditional meanings, when they are actualized, are inevitably radicalized, coming into conflict with the" staples", at least in the form in which they are known to the consumer of mass culture. The situation is reminiscent of the replication of pseudo-folklore in the USSR, all sorts of ensembles "Birch", despite the fact that the real ethnic group was not allowed to public demonstration. So it is today. Although "tradition" is trumpeted everywhere, there are no modern manifestations of mysticism in the daytime with fire. Even Orthodox or Buddhist, although these religions are included in the list of "traditional"ones.
To actualize authentic traditional culture (and not its imitations), it is necessary to mark the two poles of cosmology in the modern context: hell and paradise. Without this, everyday life becomes meaningless, and no incantations about "morality" will improve it. To perform their function effectively, tokens must be updated regularly.

This was well understood in the culture of pre-Petrine Russia, which did not disappear later, being divided into the categories of peasant culture, the culture of the urban lower classes, Old Believers, monks, and the particular nobility… New images of cosmology continued to appear there, expressing agony and bliss. At the same time, the officialdom of the empire, in general, contributed to their degeneration, acting as a reflection on living creativity, or profaning tradition, as it happened, for example, from the middle of the XIX century, when society was concerned with the search for national origins.
The exhibition is intended to restore the traditional continuity of modern art culture. Nestor Povarnin, Evgeny Dmitruk and the Thai painter Virachan Usakhanun work with images that can shock the mass audience.

The exhibition is a kind of reconstruction of visual associativity, a cultural journey that reveals the evolution of images that are rigidly fixed to a certain (often infernal) content in the mass consciousness. Artists use repressed, liminal areas of human physiology, emotions, and sensations.
At the same time, it is evidence of the deep unity between the artistic worlds of Hinduism, Buddhism and Christianity, which was pointed out from different sides by Yuri Roerich and Lev Gumilev. These worlds feed on their own religious and mystical roots, but they express themselves in a surprising way. The works of N. Povarnin, V. Usakhanun and E. Dmitruk awaken in our contemporary a thirst for new beauty, intellectual courage, and sensual intuition.