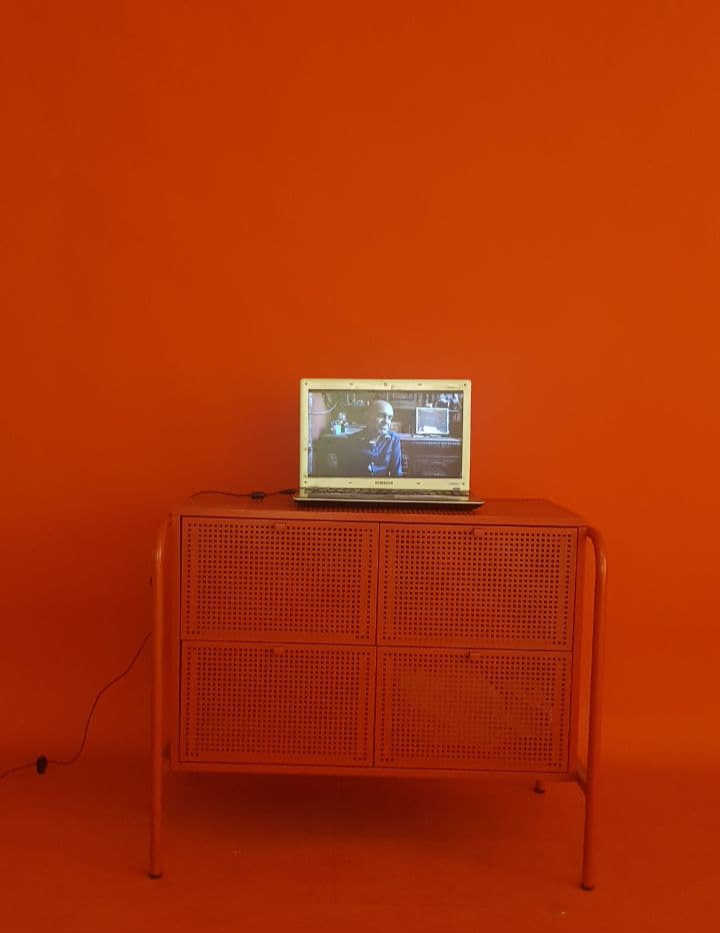 SERGEY ANUFRIEV
The basis are twirling

School groups must be booked in advance
Sergey Anufriev is a legendary artist and a character of the Ukrainian and Russian contemporary art scene of the 1980s and 1990s. In 1987-1991, two Odessans — Sergey Anufriev, Yuri Leiderman - and a Muscovite Pavel Pepperstein formed the group "Inspection" Medical Hermeneutics". The artistic language of Sergey Anufriev was formed mainly in the 1980s. It seems to combine the technique of psychedelic psychoanalysis "Medical hermeneutics" and lyrical images in the spirit of the" new wave "painting of the Kiev"Paris Commune". In his work, figuratively and stylistically, the "children's discourse" is strongly manifested, which is important for both associations and generally popular among artists of the 1980s. In his works, which sometimes resemble children's drawings and illustrations from children's books, sometimes metaphysical compositions in the spirit of Giorgio de Chirico, Anufriev addresses the deepest layers of human consciousness; creating paradoxical compositions, he invites the viewer to overcome and master them in order to find new ways of thinking. Sergei Anufriev's paintings and drawings are characterized by a light and light mood, and even his most hallucinogenic subjects leave a feeling of calm and peace, or, as Pepperstein put it, "a sense of mystical comfort."
The basis are twirling 2021 @ Artpogost 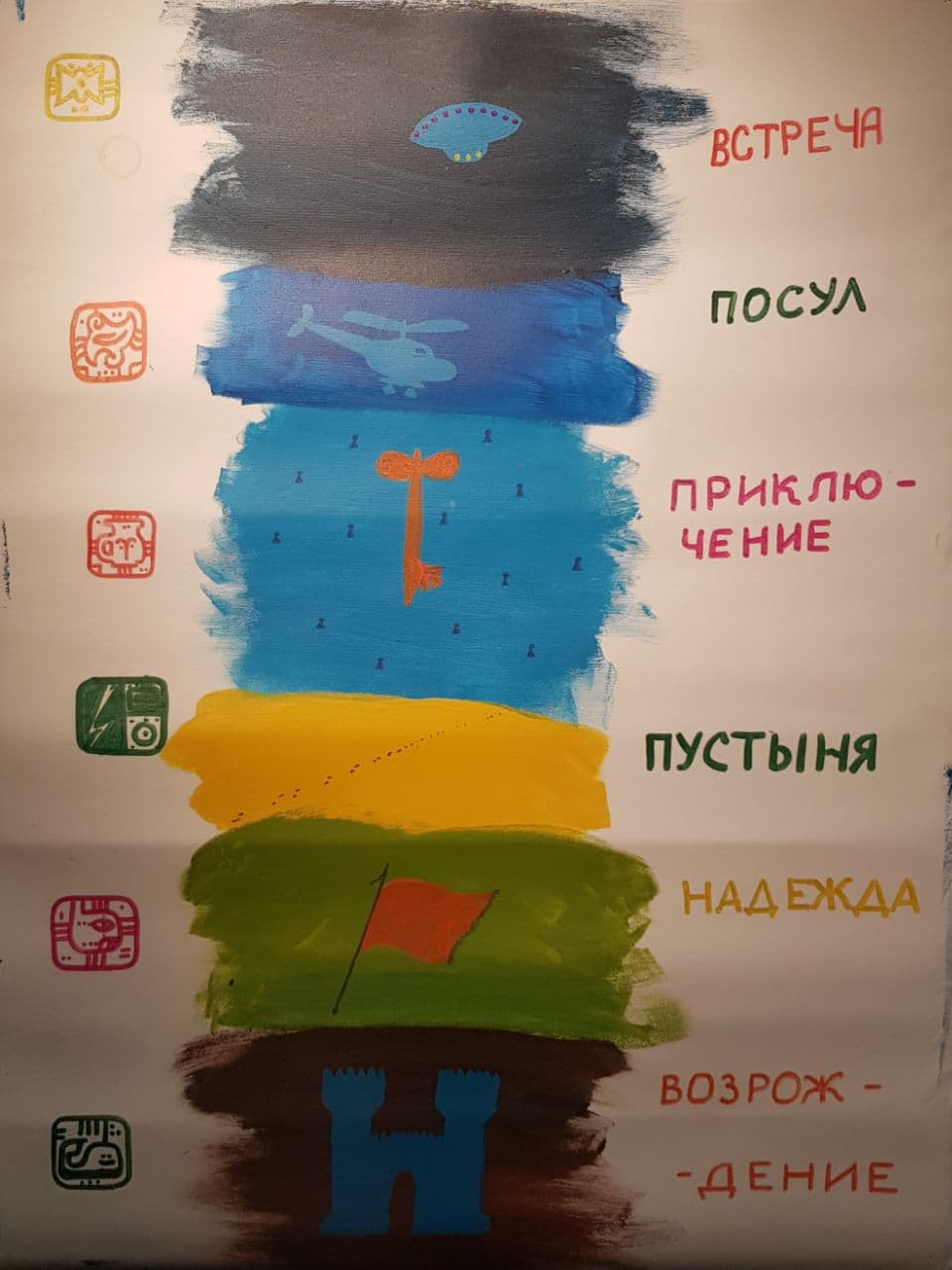 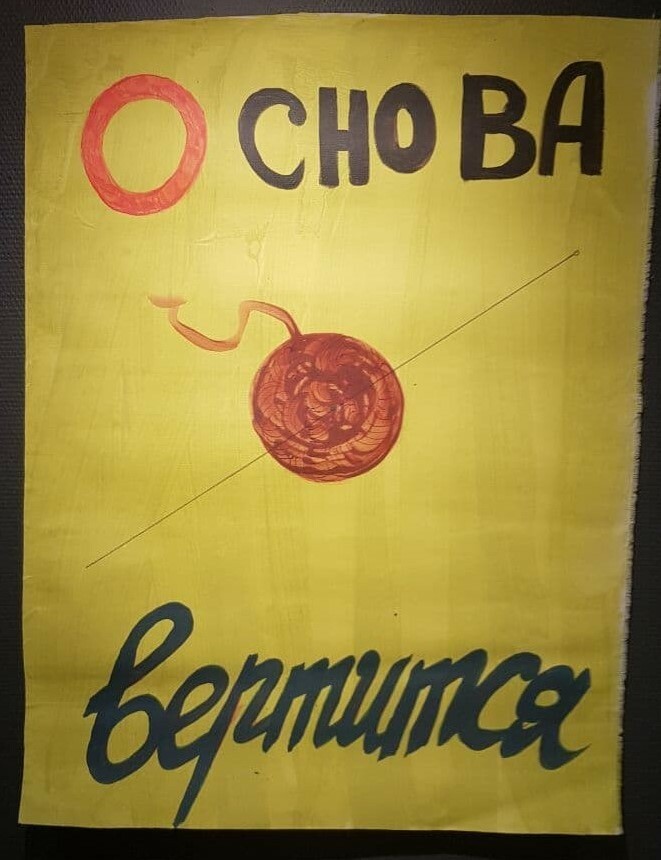 Guidebook of the Subconscious 2018 @ Sergey Anufriev
It so happened that the author, walking at night in old Budva, in Montenegro, found a theatrical sign with text in English, Montenegrin and Russian. It was the strangeness of the translation into Russian that fascinated me, like the wonderful Vietnamese goods with a fantastic blind translation. This linguistic, in a broader perspective, information situation leads us to the meaning of versification as the only possible form not only of translation, but also of the info-substance itself. Primary versions are formed already in the simplest combinations of zero and one, and therefore, in fact, virtuality is an invariant of reality and is analogous to it in the form of structuring. According to Lacan's formula, the relationship between language and the Unconscious is the same, that is, the Unconscious is structured like language.

Illiterate translations are a direct illustration of these postulates. Ultimately, Lacan stated that there is no Unconscious. There is the Subconscious Mind and its own archetypal astral language. But no one has yet given a clear answer to the question: what is this language, what are its properties, features, differences from known languages? What is the temper of these Princes of Chaos, riding on the wrong side of our consciousness?

In this project, Sergey Anufriev tried to build something like an optical guidance system that allows you to clearly see those areas of the swirling Abyss where the energy of the Subconscious "cools down" to the extent of forming primary information structures that are sufficient as a reason for perception. According to the author's very subjective feeling, something has happened. The "voice of the Subconscious" is clearly heard, endowed with a timbre that helps, however, not to convey the meaning, but rather to broadcast the message of a more multidimensional and complex operation.

If wishful thinking is given out, then what is this work? And what else can it be, other than the embodiment of new instructions that help you navigate a new picture of the world? After all, this picture is still growing in the depths of the Subconscious and will soon replace the former, now almost forgotten. A more multidimensional picture of the world implies many forms of information, differently constructed and organizing the message. In other words, any information is a message, and works are based on this principle.

The idea of a new dynamic picture of the world is clearly expressed here. Hence such a heady sense of freedom, as one who has escaped from the immobile space of absolute things and categories, into a world of the unpredictable and unknown. The game continues!