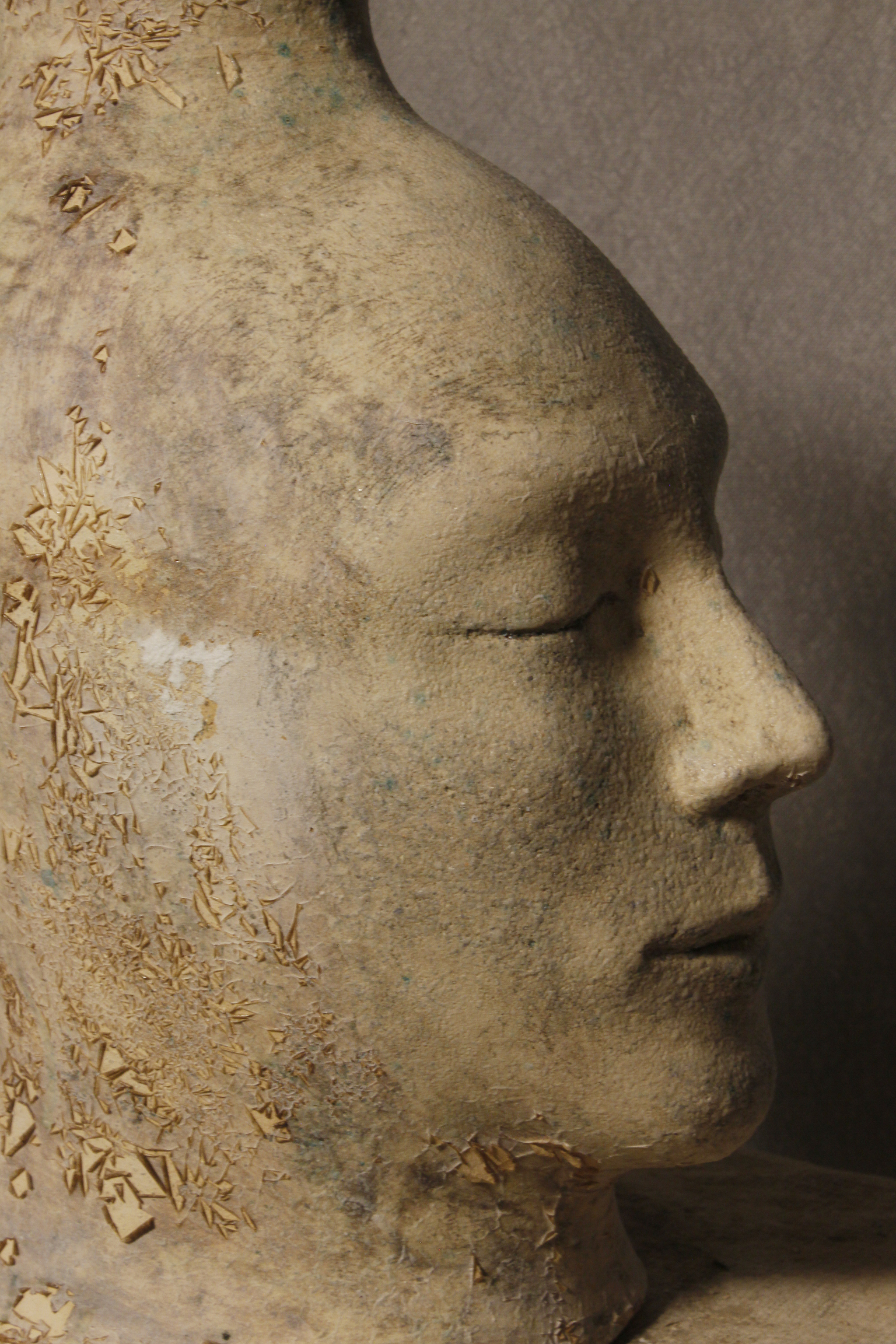 
MARCH 8- JUNE 8 2020
Andrey Kolosov personal exhibition curated by Kamilla Lubart "Forbidden archeology" at Artpogost will show a сycle of ceramic sculptures of various formats (height varies from 10 to 90 cm, diameter - from 12 to 50 cm approximately) created 2019. And video art from CosmosVideo series created 2001.
The Forbidden Archeology exposition looks like a museum-installed, recreated by archaeologists civilization that is many thousands of years old. The form of the exposition is twelve separate installations-policies. At the head of each policy is a vase with a human face. It is surrounded by a city-settlement, consisting mainly of ritual objects of the meal - bowls, vessels, dishes, goblets. There are hand-painted medallions, hemispheres, and various alchemical objects, also covered with drawings. Twelve installations are combined into one large ceramic country, civilization.
The Forbidden Archeology project should be considered as a cultural layer recreated in ceramics, a museum in the true sense of the word - the presence of muses is felt here.
This is archaic in its purest form, not dishes and vases, but vase sculptures, vessel sculptures, bowl sculptures ... The pantheon of anthropomorphic vase creatures surrounded by relics that accompany them on a journey through space and time.

All these spirits and objects seemed to be waiting for the moment to be embodied through the hands of a modern artist, behind whom the experience of all world culture and history.
The project "Forbidden Archeology" synthesizes sculpture, ceramics, painting, graphics, installation, ritual art.

Many sculptural objects are covered with paintings - visual texts. They can be interpreted as illustrations from the life of mythical creatures, embodied in the Forbidden Archeology.
ARTPOGOST ATTIC

School groups must be booked in advance
Andrey Kolosov "Forbidden archeology" @Artpogost
Andrey Kolosov
Born on July 29, 1955 in Moscow.
This amazing man was also given a childhood in the center of quiet Moscow during the thaw and the glory of the poster stellar graphics artist.
For the Moscow artistic environment, the name of Andrey Kolosov means an entire epoch.
His fairly rapid artistic activity covers all the last 30 years of modern art of Russia.
In the 80's, he was one of the country's leading graphic poster artists, one of the creators of the Platskart group; personal poster exhibitions abroad since the late 80's; photo shoots and posters with the most famous people. Works by Andrey Kolosov are in the collections of the Japanese Academy design, the Stuttgart poster Museum, the Louvre (Department of graphics and posters), the Library. Lenin, etc., and in private collections-M. Gelman, K. Kostaki, K. Borisov, etc…
Since 2011-works together with the artist Kamilla Lubart.