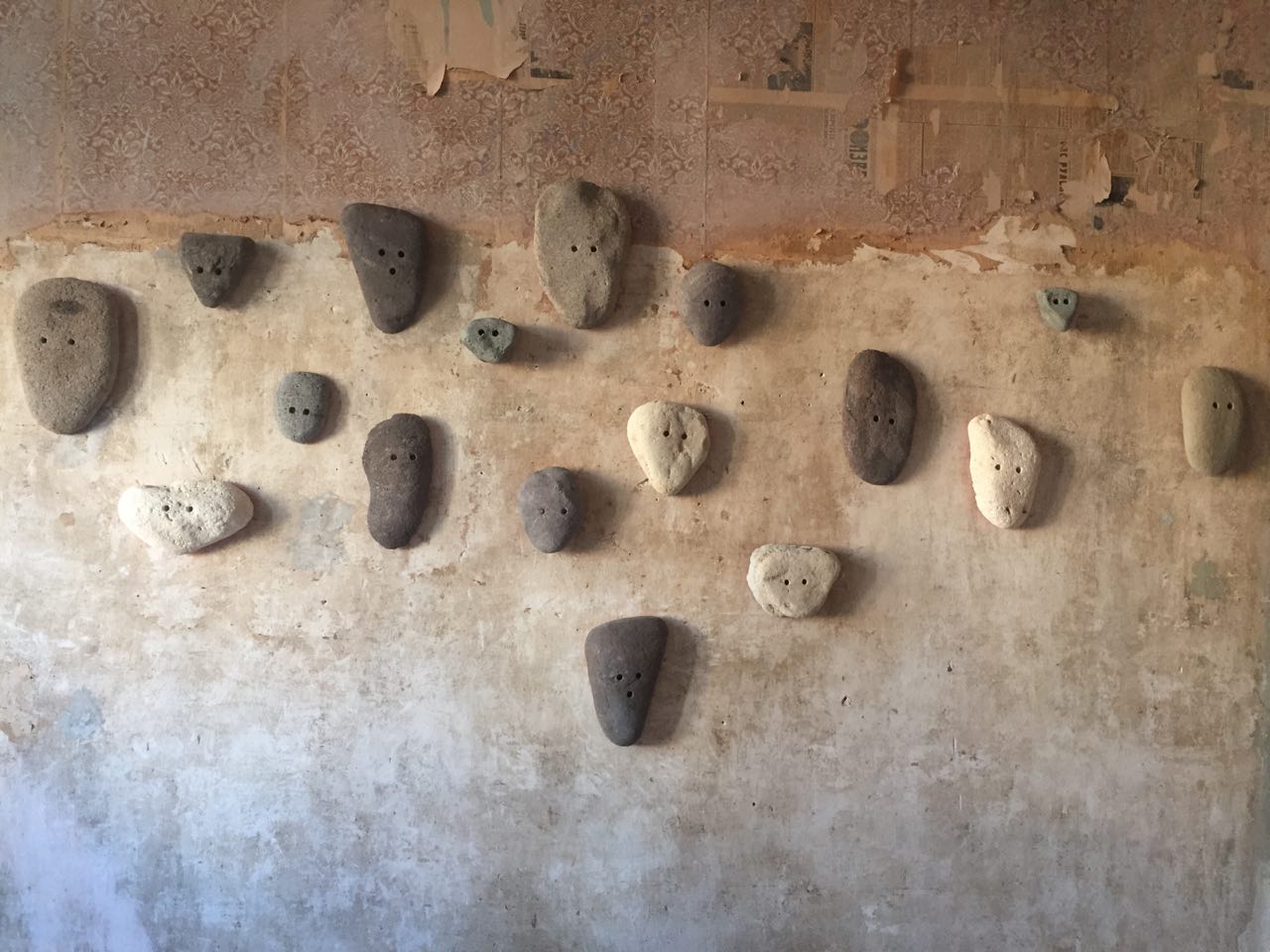 School groups must be booked in advance

Katia Pugach ABOUT TIME 2016 @Artpogost
Katia Pugach was born in 1981 in the city of Sevastopol in the Crimean peninsula when it was still part of the Soviet Union, so she is part of the last generation of Russians who grew up in that particular world and then experienced its collapse and the dramatic transition to the reality we live today. In Crimea she studied and made her first experiences as an artist, when it became possible to travel she had long experiences abroad first in Paris in France, then in Los Angeles in the United States, and then permanently in Moscow in Russia. Today she lives and works between Moscow, Rome in Italy and Crimea. This origin, at the turn of different times and realities, has profoundly marked her personal way of being an artist and her imagination. The need to find a new balance between different elements, often in contrast with each other, is in fact the center of all his research. Her artistic projects are always first and foremost a way to reflect and experience what it means to be an artist today, a research that is indistinguishable from life itself and develops in a lived path in search of a possible balance between different realities.
Oreste Casalini Born in Naples in 1962, he attended the Academy of Fine Arts in Rome and exposes since 1989.
His work is fully placed in the best tradition of the artistic avant-garde movements that from the thirties onwards have always combined, with masterful outcomes, architectural and artistic expression.
It represents a "monumental" achievement of the research paths marked by a natural tendency towards a painting characterized by real figurative archetypes. A fundamental vocation to drawing is the basis of his artistic career, a constructive drawing, three-dimensional, always tended to define a sculptural form, in an original synthesis between traditional values and contemporary reality. A process of continuous discovery of techniques and solutions has configured an original scenario where memories, objects and figures coexist in a sought compenetration between the parts, with some highly underlined elements, until their take on an absolute meaning. An original synthesis, cultured and powerful, defined by a gesture with no hesitation, which builds large, continuous, directly with color or just with the variations of light and shadow of the sculpture. A chromatic essentiality which tends to include in the totality monads of separate signs, so that the result is not the mutual displacement of the individual parts but rather their turn out in an unconventional harmony.
Katia Pugach FACES 2018 @Artpogost